Aliki is an Athenian who has been painting and writing since childhood.
She came to London to further her studies but fell in love with the city and decided to stay.

While raising her twin daughters she led a double life working as a photojournalist for various European publications and as an Associate Producer in the making of many diverse documentaries for the major British national television channels.

It was her passion for photography however, coupled with a permanent quest for a deeper understanding of the interaction between painting and photography which made her relinquish her media career in 2000 and concentrate on the pursuit of this relationship.

She paints using mixed media, but mainly acrylic and stucco. As a person of the modern Diaspora, stucco gives her a sense of home, being used on domestic walls during the Renaissance. The paintings are sealed with beeswax and give one the freedom of touching them, creating an energy flow between giver and receiver.

Aliki has exhibited both in London and Athens in solo and group exhibitions.

She has a Master’s degree with distinction in Film Television and Media (Birkbeck, London University), and has received a photographic award from the Royal Photographic Society – An afternoon at Daytona beach – and the Philoxenia award in Athens. The documentary “Island of Outcast” in which she participated as an Associate Producer received the Royal Television Award for International Journalism.

You can find out more about which cookies we are using or switch them off in settings. 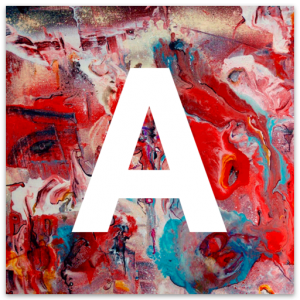 This website uses cookies so that we can provide you with the best user experience possible. Cookie information is stored in your browser and performs functions such as recognising you when you return to our website and helping us understand which sections of the website you find most interesting and useful.

Strictly Necessary Cookie should be enabled at all times so that we can save your preferences for cookie settings.

If you disable this cookie, we will not be able to save your preferences. This means that every time you visit this website you will need to enable or disable cookies again.